49ers PREP Selects Kaiden Hoapili as the Player of the Week 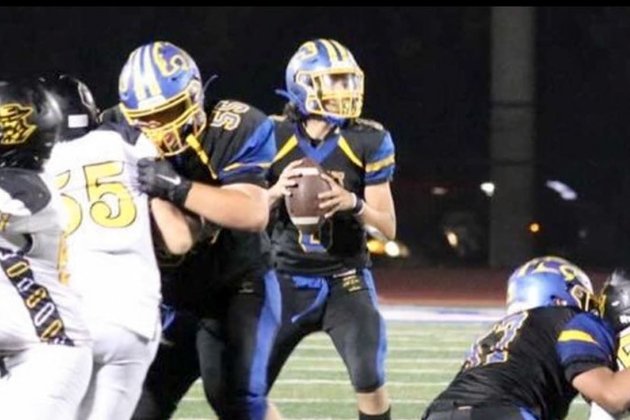 With a score of 43-20, the Prospect Panthers, led by head coach Mike Cable, beat the Del Mar Dons.

Kaiden Hoapili (#8) helped lead the Prospect Panthers to victory through game-changing plays against the Dons. Hoapili is a 5'10", 170-pound junior who plays quarterback for the Panthers. He finished off the night 11 - 17 with 275 passing yards and four touchdowns.

There has been a historic rivalry between the Prospect Panthers and the Del Mar Dons. The schools are 15 minutes away, and a lot of the players are friends with each other. Earlier this year, this same matchup took place in the spring for the West Valley Championship. The Panthers won that game 32 - 20 to go 5 - 0 on the season and finish 1st in their league.

After a successful spring season, the Panthers got back to work with practice and conditioning periods over the summer. The players were thankful to get back to normal after the uncertainty of not having a season. Coach Cable said, "they are not the biggest or strongest so we always preach that we have to outwork teams." The goal for the Panthers is to go undefeated again this season and win a state.

As the quarterback, Hoapili is a leader for the Panthers and looks to lead by example with his work ethic. He started playing football at the age of 8 but took a break to focus on his number 1 sport, baseball. After not playing his freshmen year, he decided to try out for the team again his sophomore year. Hoapili is grateful to be back out on the field, and his goal is to break 2,000 passing yards and be the number one leader for all-time passing yards.

His favorite play from Friday night was his touchdown pass to junior wide receiver Holden Trader. In the first quarter, Hoapili hit Holden in stride on a post route for the second score of the evening. He said this touchdown gave his team the momentum and set the tone for the rest of the game. Hoapili and the Prospect Panthers look to take another step closer to their goal against the Cupertino Pioneers in week three.

As the school of this week's recipient of the 49ers PREP High School Player of the Week presented by U.S. Bank, Prospect High School will receive a grant from the 49ers Foundation to put towards its football program.