"Who is responsible for Morbi bridge incident..." Owaisi attacks BJP ahead of Gujarat polls 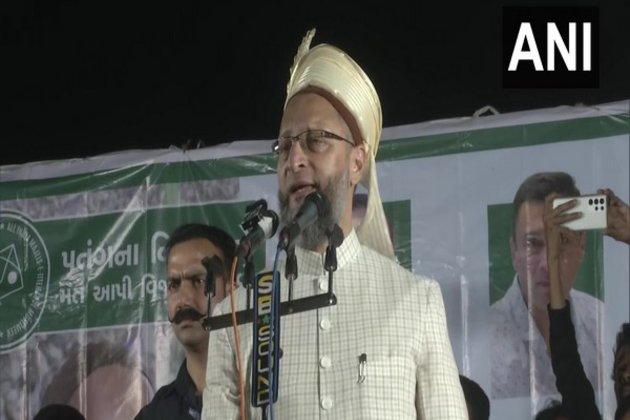 Addressing a public meeting here, Owaisi said, "If BJP takes credit for making Gujarat, they should also tell us who is responsible for making Morbi bridge where 140 people died due to collapse. But still, the company's rich people are not caught. PM Modi, why do you love rich people?"Owaisi, who is on a Gujarat tour to garner some share of votes for his party in the upcoming assembly elections, has been attacking the BJP, Congress and Aam Aadmi Party (AAP). The AIMIM chief has been raising the issue of Morbi bridge accident and Bilkis Bano case.

In the Morbi incident, a total of 134 persons, including women and children, died when a British-era cable bridge over the Machchu river collapsed on October 30.

The Opposition had alleged mismanagement by the government behind the incident in which a century-old suspension bridge fell into the Machchhu river.

The incident took place weeks ahead of the announcement of the elections in the state earlier this month, triggering speculations of a political setback for the ruling BJP in the state due to the massive mishap in Morbi.

Last week, Owaisi was greeted with "Modi-Modi" chants and was shown black flags as he was campaigning for his party candidate from the East Surat constituency in the upcoming assembly elections in Gujarat.

In videos that went viral on social media, the youths could be seen waving black flags as a mark of protest against the AIMIM chief in the city. Owaisi, however, ignored the protest and appealed to people to support his party in the upcoming assembly elections during the rally.

The Elections for the 182-member State Assembly will be held in two phases on December 1 and 5. The counting of votes will be taken up on December 8.

In Gujarat, the ruling BJP has been in power for over 27 years and is seeking its seventh term in office.

Prime Minister Narendra Modi has been Gujarat's longest-serving chief minister from 2001 till 2014.

The state has been a BJP stronghold for a long period and the party has set its sight on returning to power with a handsome majority this time as well.

However, it faces a stiff electoral challenge from the Arvind Kejriwal-led Aam Aadmi Party (AAP), which has named Isudan Gadhvi as its chief ministerial candidate.Congress also hopes to put its best electoral foot forward to unseat the BJP government.

In the 2017 Gujarat polls, despite a decrease in the number of seats, the incumbent BJP retained its simple majority in the house and formed government for the sixth time.

In the results declared for all the 182-seated Gujarat Assembly, BJP won 99 seats, Congress wins 77, 1 seat was won by NCP while Bhartiya Tribal Party and Independent candidate won 2 and 3 seats respectively. (ANI)